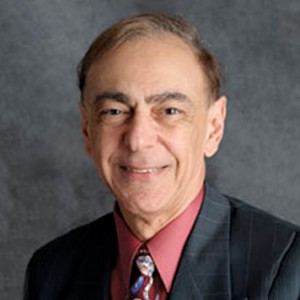 Edward H. Telfeyan was born in New York City in 1946 and spent his childhood in the community of Great Neck on Long Island. He attended Gettysburg College in Pennsylvania and graduated in 1968 with a degree in biology.

For the next four years, Mr. Telfeyan served in the United States Air Force as a commissioned officer. His service included two elected terms as President of the Junior Officers’ Council of the 438th Military Airlift Wing and a term as Vice-President of the McGuire Air Force Base Race Relations Council. He was honorably discharged with the rank of Captain.

In 1972, Mr. Telfeyan began his law studies at the UOP McGeorge School of Law in Sacramento, California. At McGeorge, he wrote for the Pacific Law Journal, served as editor-in-chief of the student newspaper and was the Chairman of the Moot Court Executive Committee. Upon obtaining his law degree, Mr. Telfeyan accepted a position as an Associate Professor of Law at the Glendale College of Law in Glendale, California.

Mr. Telfeyan returned to Sacramento in 1979 to practice law. In 1988, Mr. Telfeyan accepted a position with the California Legislature as a Senior Consultant to the Assembly Committee on Housing and Community Development. In 1991, he moved from the Legislature to the “third house,” accepting the position of Vice-President for Legislative Affairs with the California Apartment Association, a private trade association representing 25,000 apartment owners in the state. In 1994, Mr. Telfeyan returned to the private practice of law.

Mr. Telfeyan is currently the principal columnist for The Sacramento Gazette, a weekly general circulation newspaper. He is also a professor at UOP McGeorge School of Law and is the Director of its Moot Court Program.